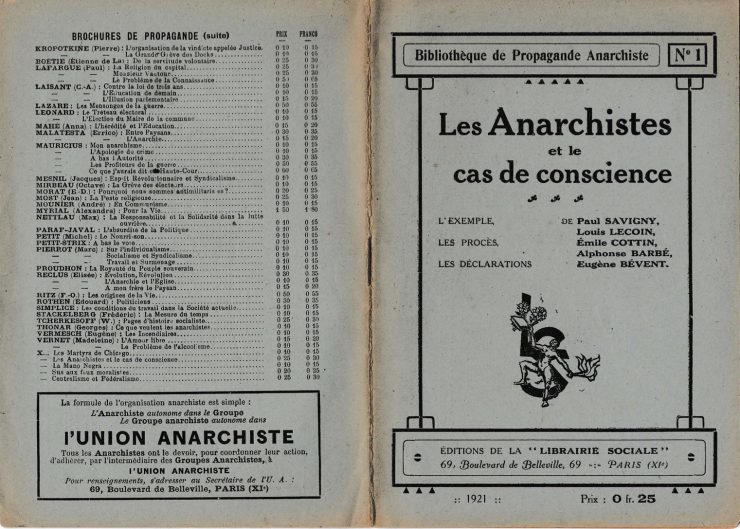 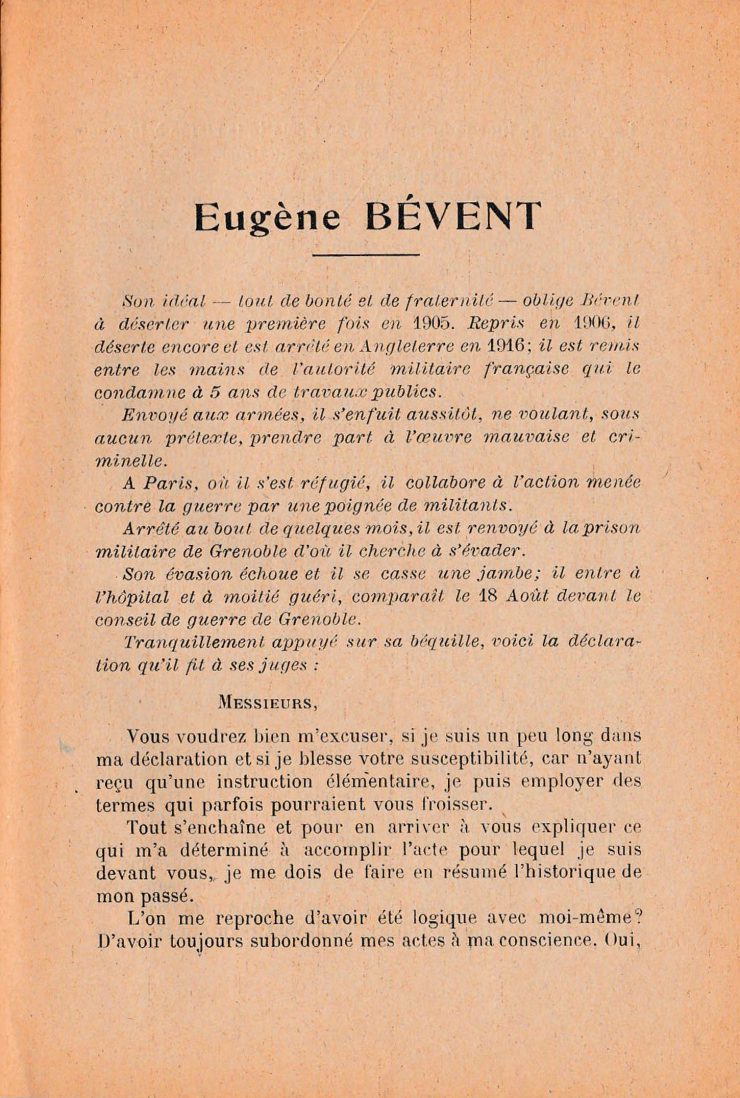 We each have in front of us two opposing forces. On one side, the brutal force directed by a privileged elite – an elite which governs the social and moral laws of the day, an elite which has at its service the police, the army, the judiciary, religion, and the ignorance of the masses. On the other side, the force of reason – reason based on all the human knowledge held by philosophers, scientists, and scholars. A force which is constantly engaged in sceptical philosophy in search of the Truth. You can weaken it by condemning me, but you cannot destroy it; the Truth will always win out. Now, look at me, see if I have the face of a coward.

At the war council in Grenoble, Summer 1920.